/ Worship / Sermons / JESUS MISUNDERSTOOD
Have you ever felt misunderstood, felt like a person or a group of people really didn’t “get” where you were coming from?
2,000 years ago, a man walked among us named Jesus. Ever since, people have debated, “who this Jesus really is”. In His day, Jesus was often misunderstood; even by those who followed Him. 2,000 years later Jesus is still very often misunderstood; sometimes even by those who seek to follow Him.
So who is He?
Most everyone seems to have some opinion about who Jesus is. Some base their opinion on what others have written about Jesus, some base their opinion on what others have told them about Jesus, and some base their opinion on what they’ve seen on the History Channel!
But who did Jesus say He is?
That’s the question we’ll explore together in our series JESUS MISUNDERSTOOD, as we look at the 7 “I am” statements made by Jesus in the gospel of John. We’ll see Jesus declare to the world exactly who He is. Having a clear understanding on who Jesus says He is, will radically impact your life today and into eternity. 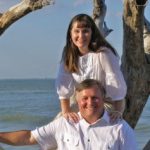